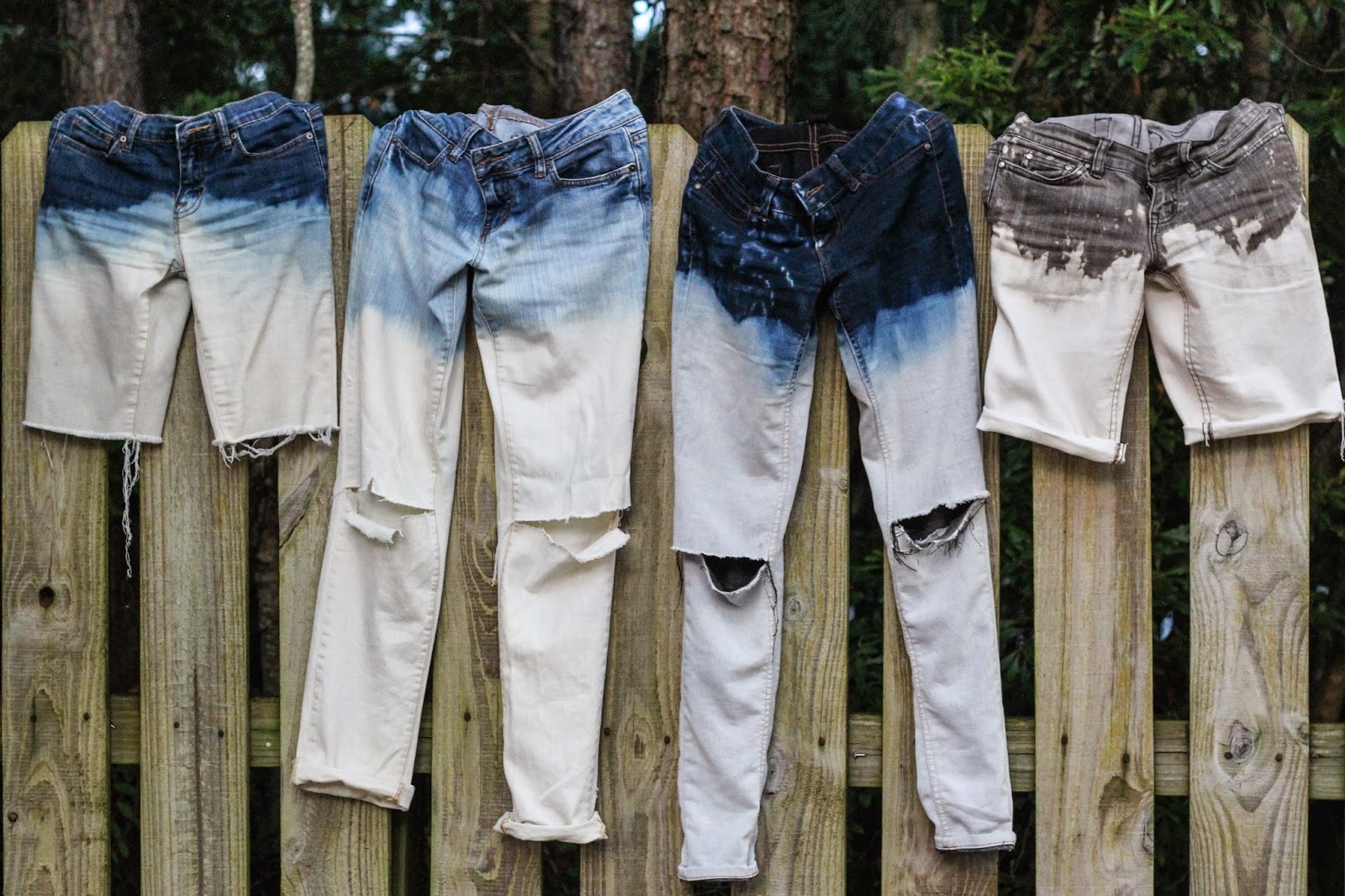 This week we bleached out some thrift store jeans! We stumbled upon a simple thrift shop in Norcross, that just happened to have a 50% off special going on. So we basically stole these jeans, they were cheaper than cheap!  The winds from the east were telling us it was meant to be. We needed to arts & crafts the color right out of these suckas. We skadoodled on down to the dollar store and bought some bleach and gloves.  This craft cost a solid $5, jeans & all. Trendy on a budget just got a whole lot easier. 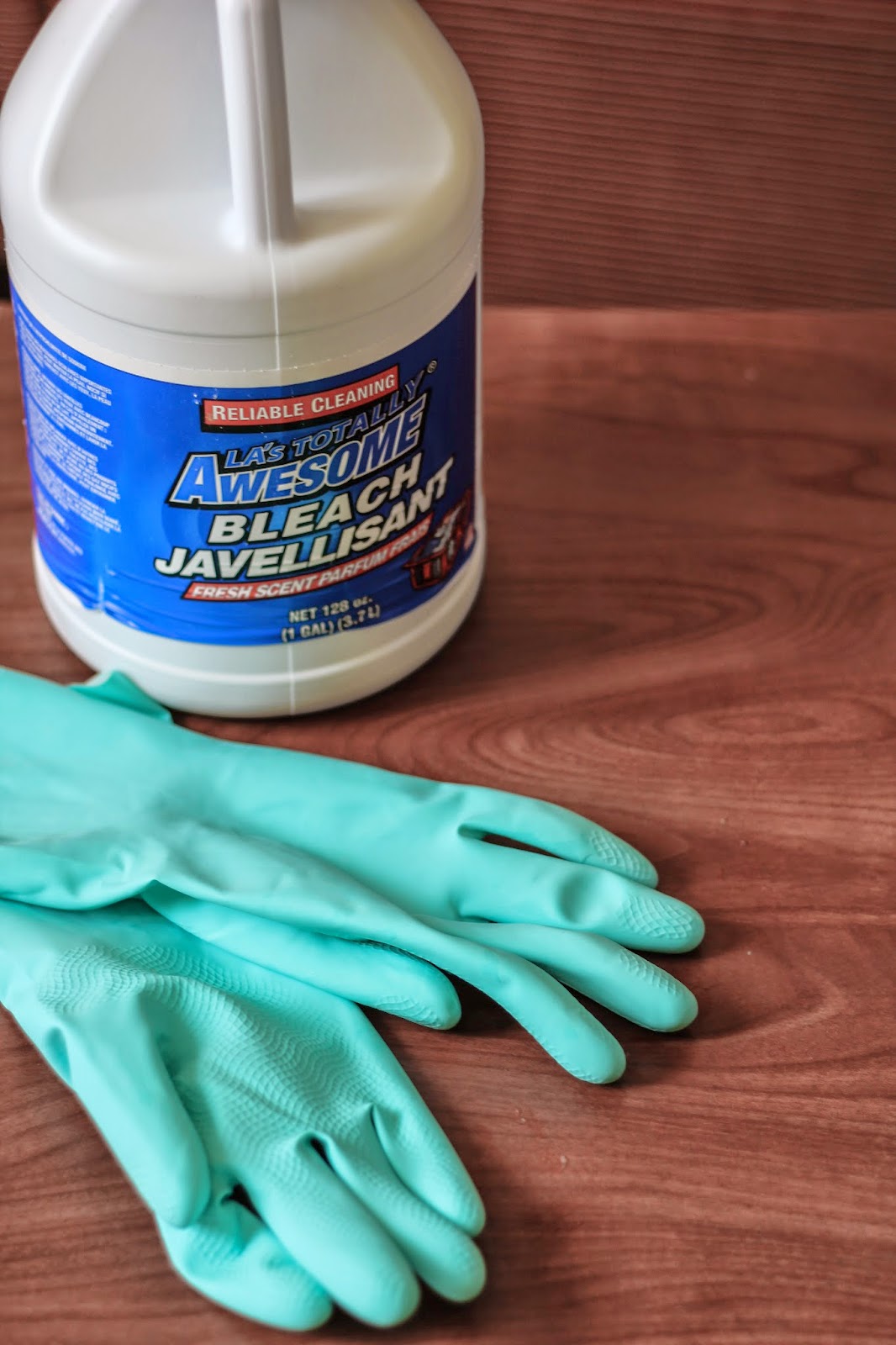 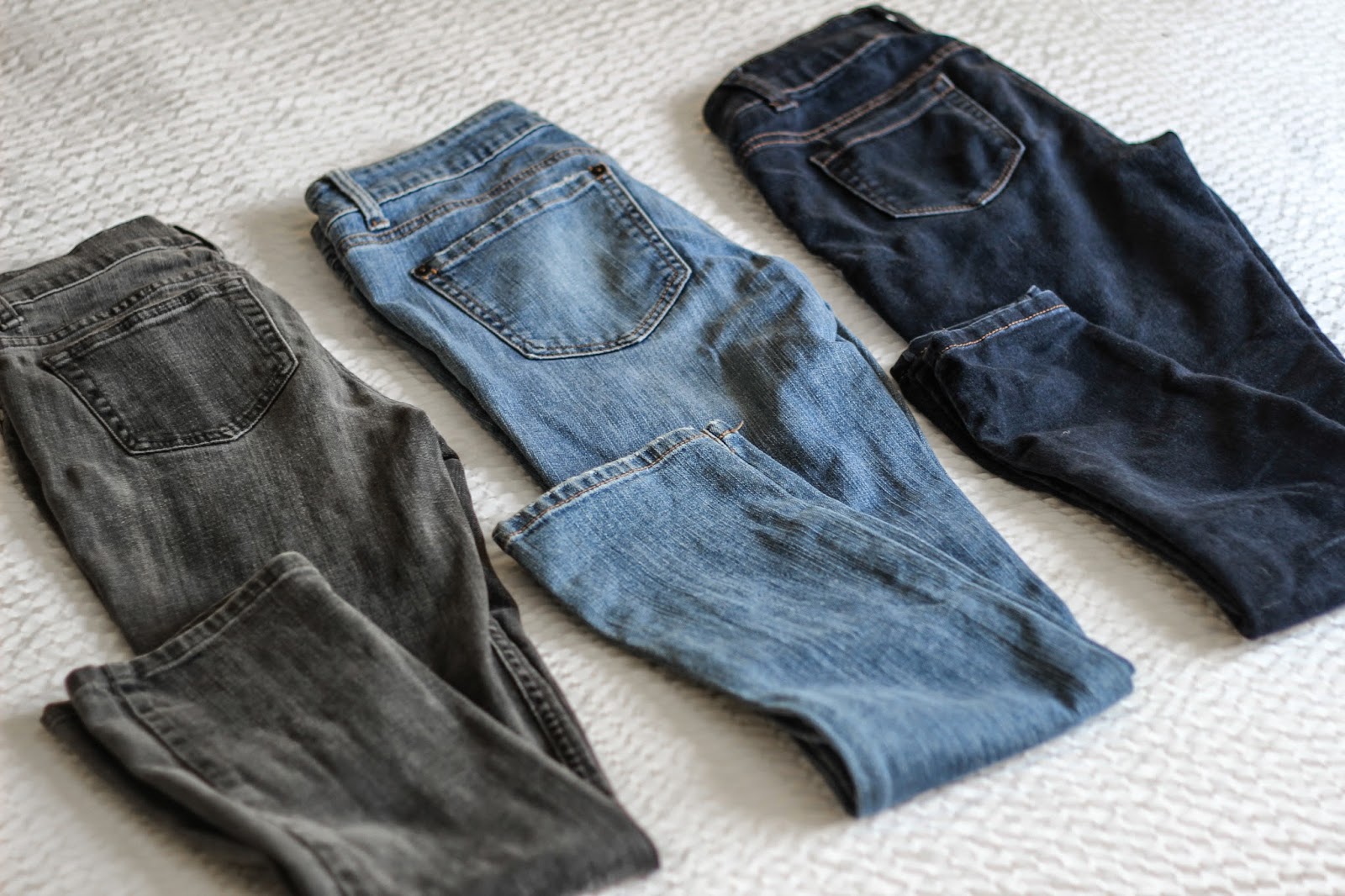 How to: Pour two bottles of bleach into a basic sized trash can. Dip your jeans in to whatever height you want, but remember, the bleach bleeds upwards about two inches! So, consider going lower to be safe. The bleeding helps create the cool two-toned ombre effect. If you want a more tye-dye effect, get messy and splash/sprinkle the bleach upwards.  Leave them in for 20-40 minutes depending on the shade of the jeans originally.  When the times up, ring out the bleach and throw them in the washer. Don't worry if they look slightly yellow, they will be whiter and brighter after you wash them. 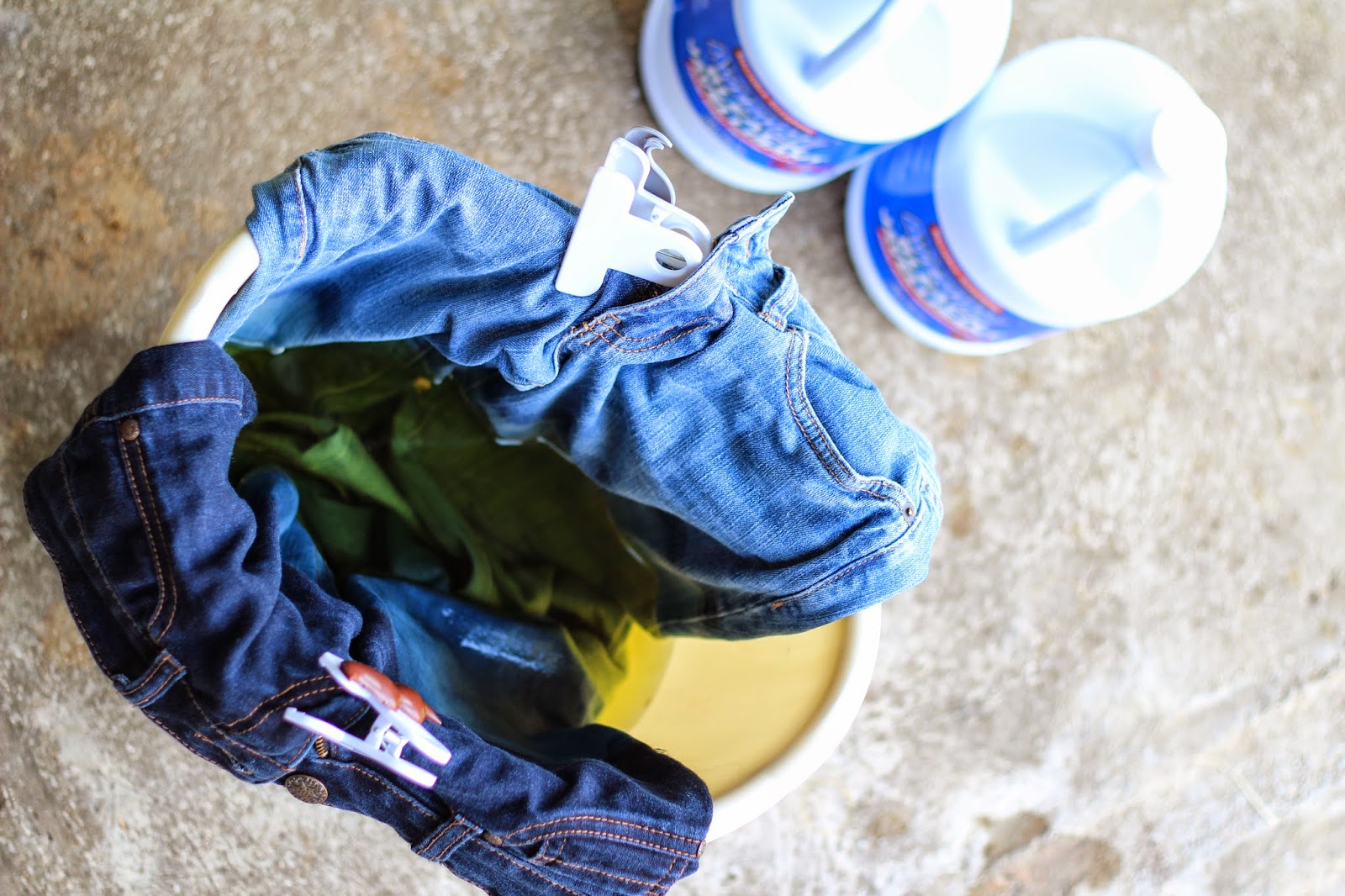 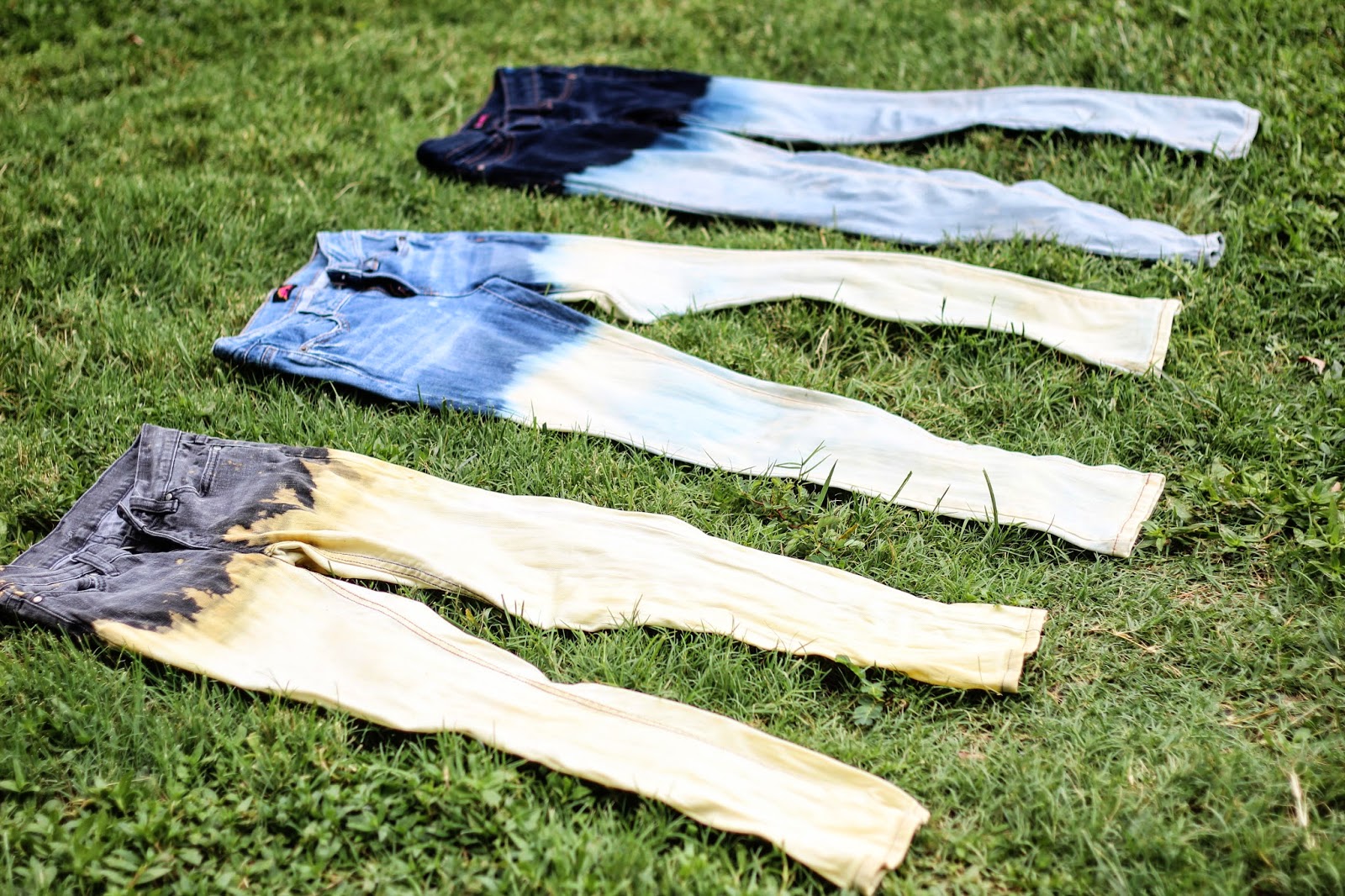 We love the grungy 90s boy jeans look, so we distressed them too! We just snipped a little hole about a 1/2 in. on the knee, then used a butter knife to rip it across and create a more frayed finish. For the shorts, we just cut them straight across, and they naturally frayed after a few washes.  Voila! Now we have said awesome jeans. 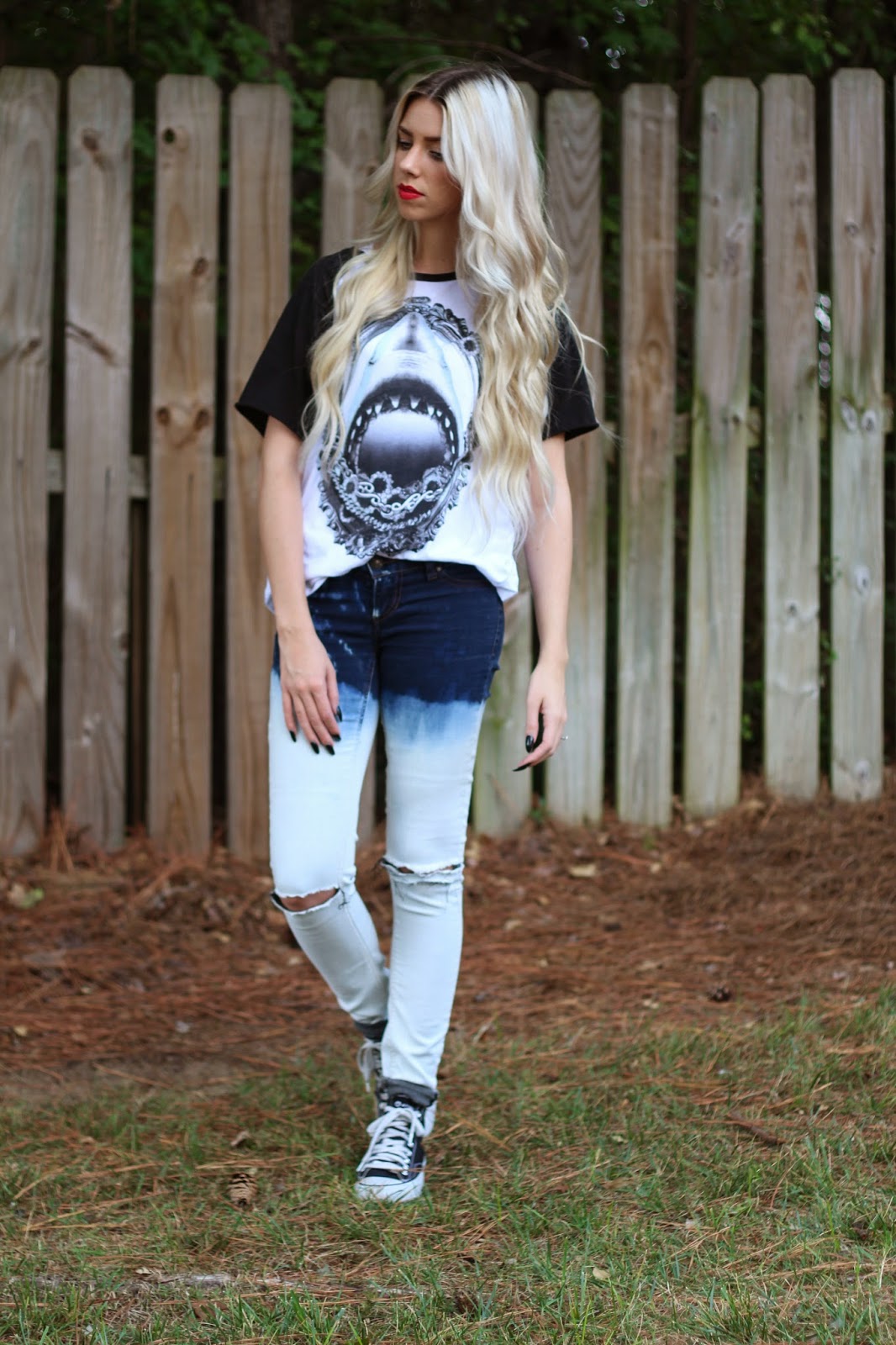 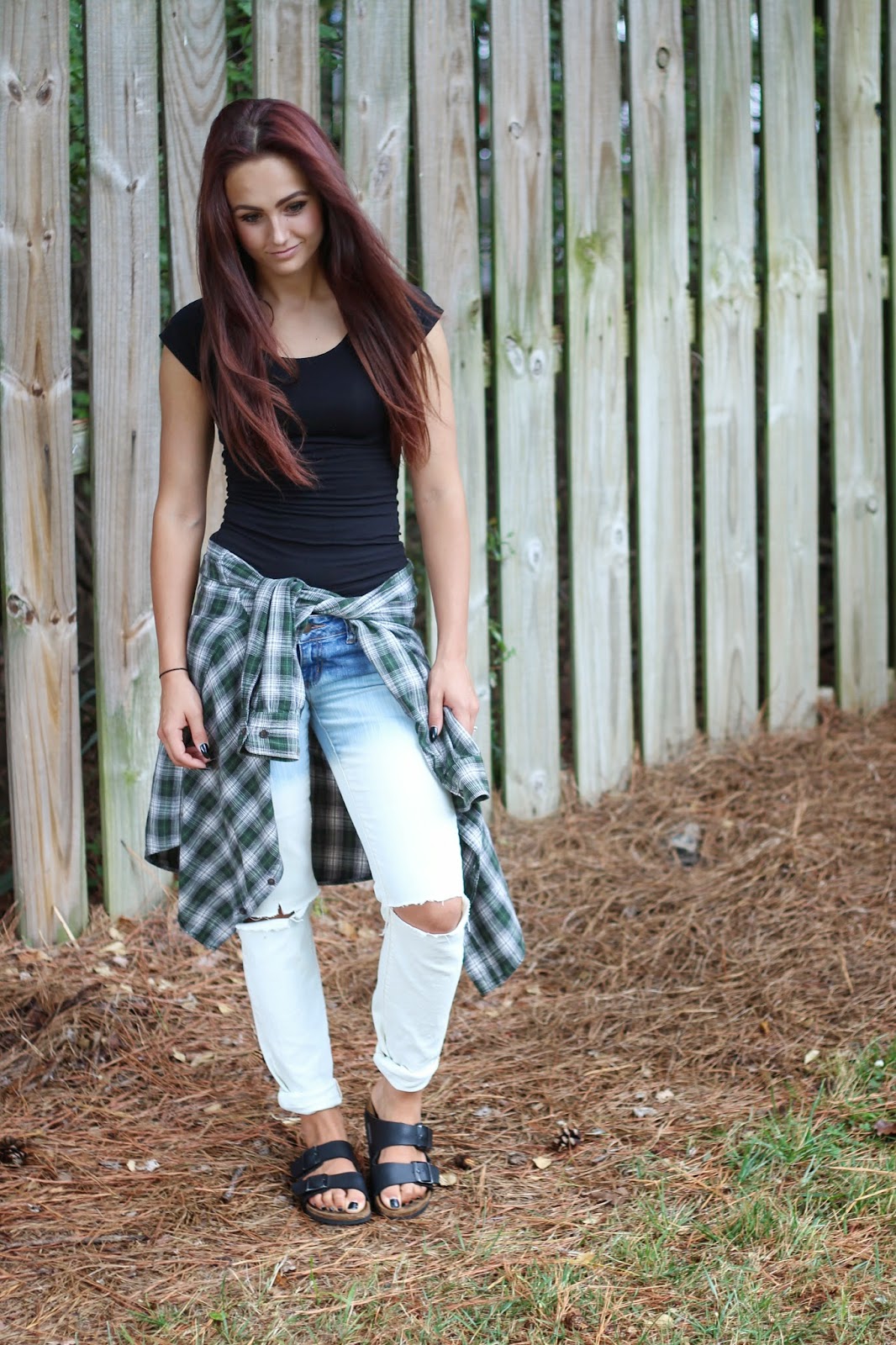 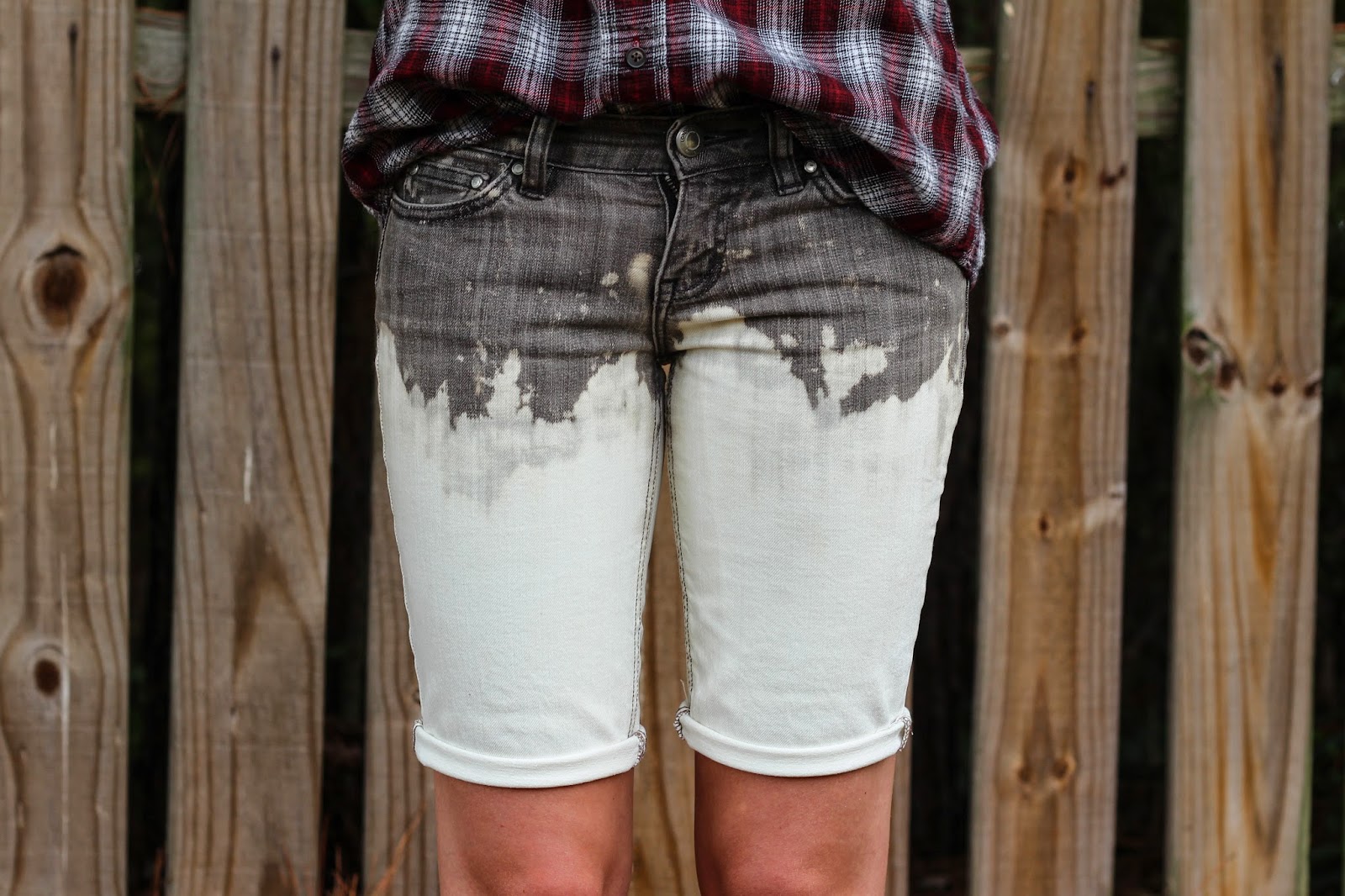 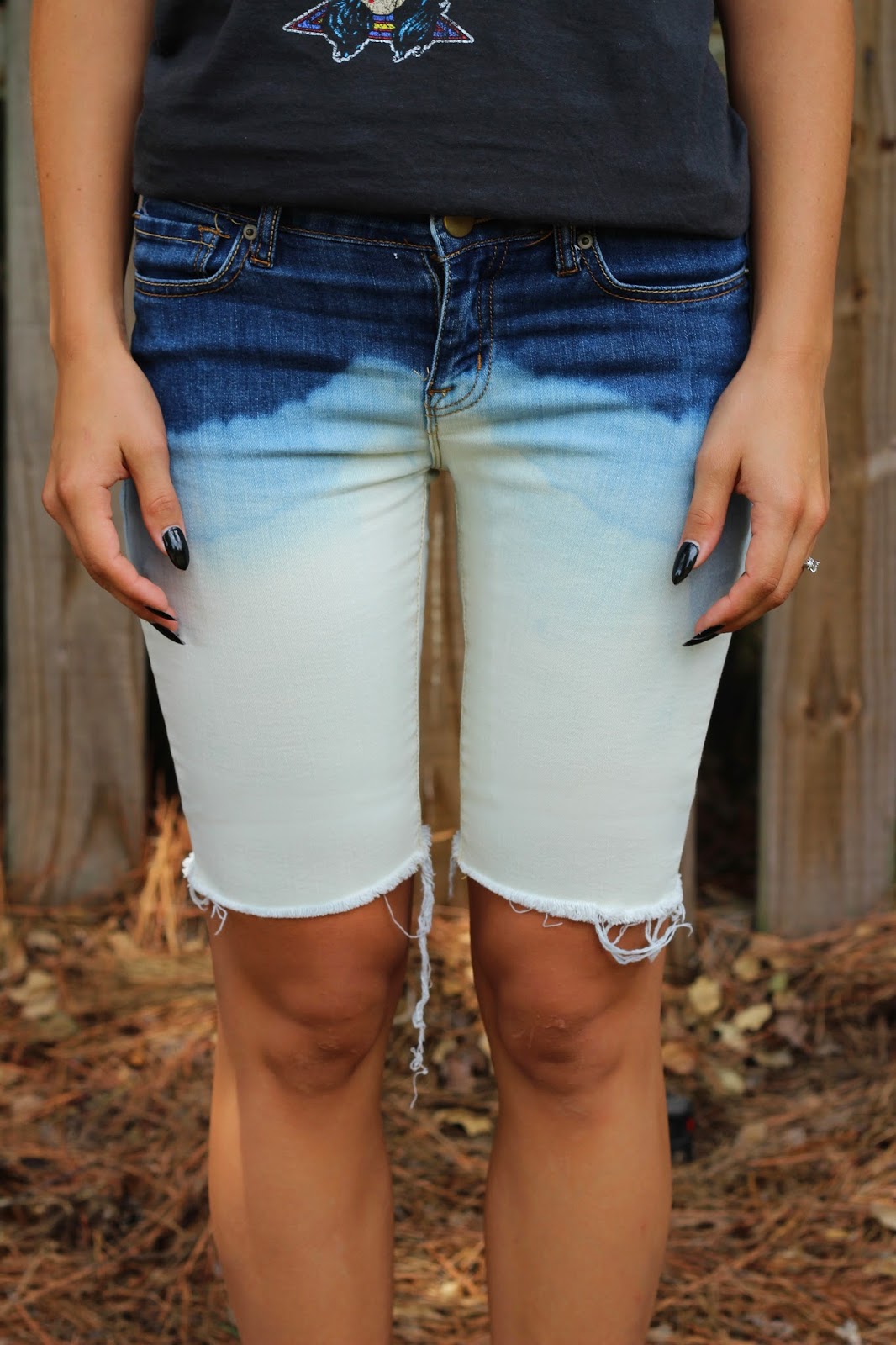 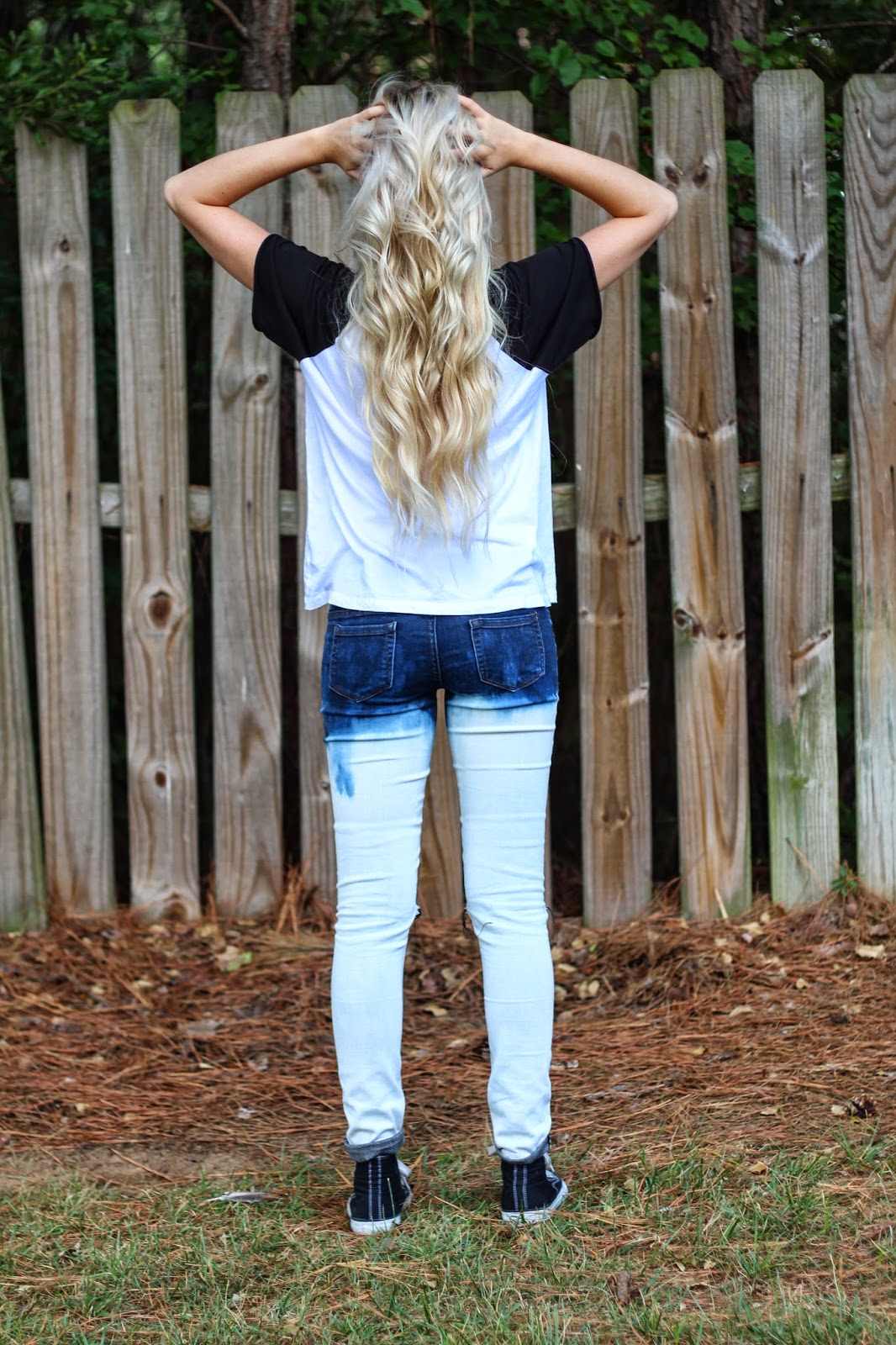 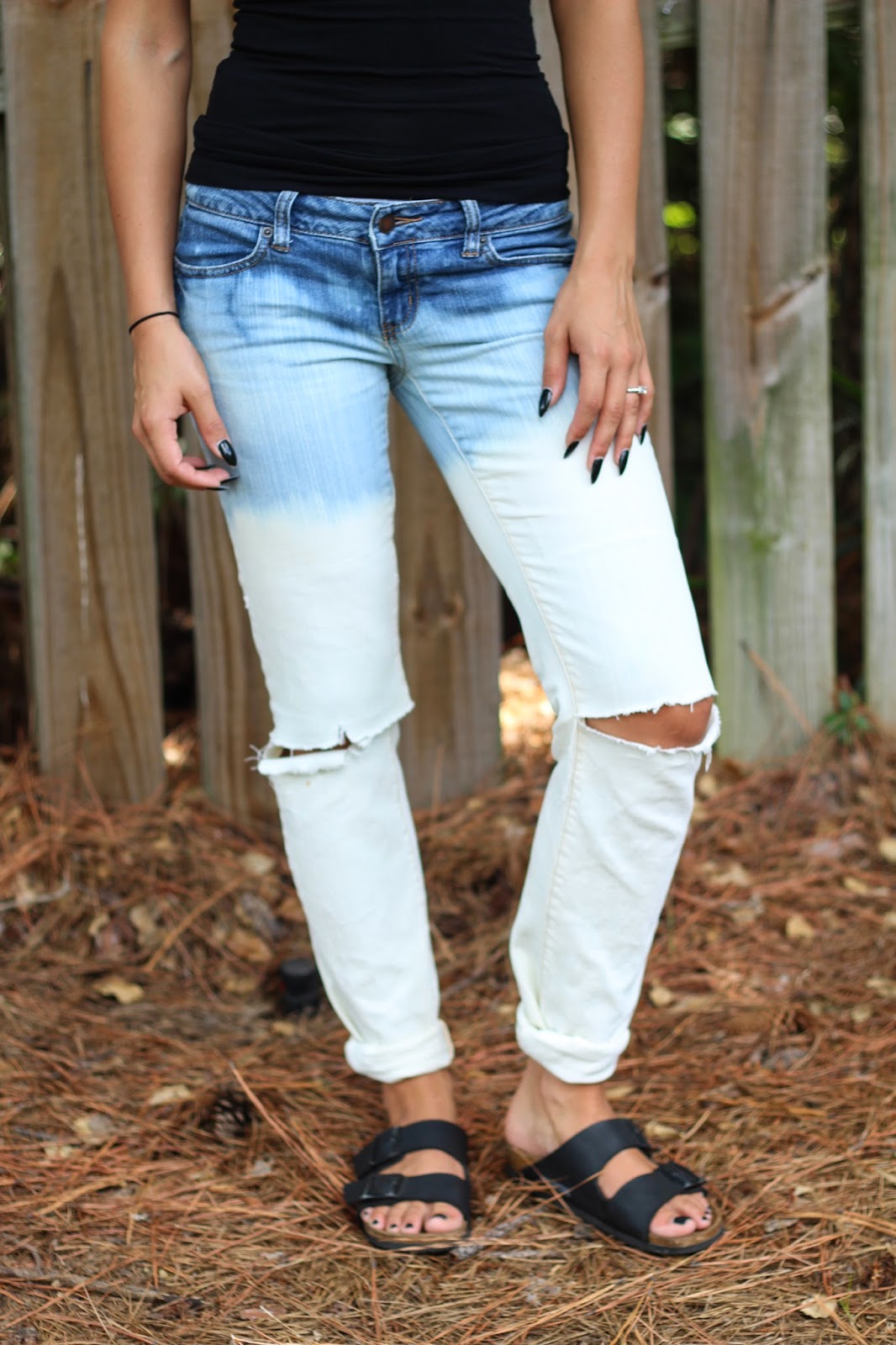 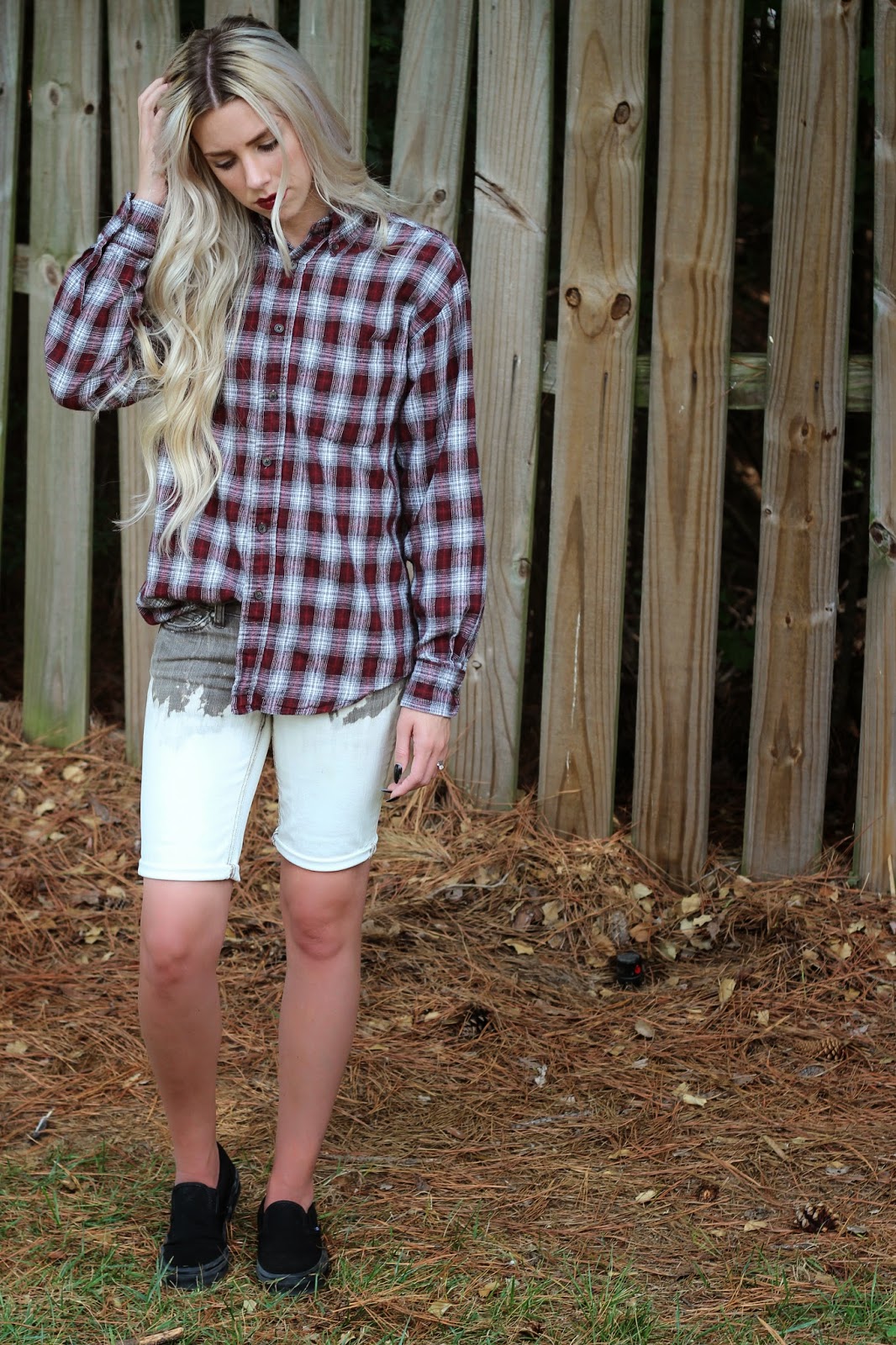 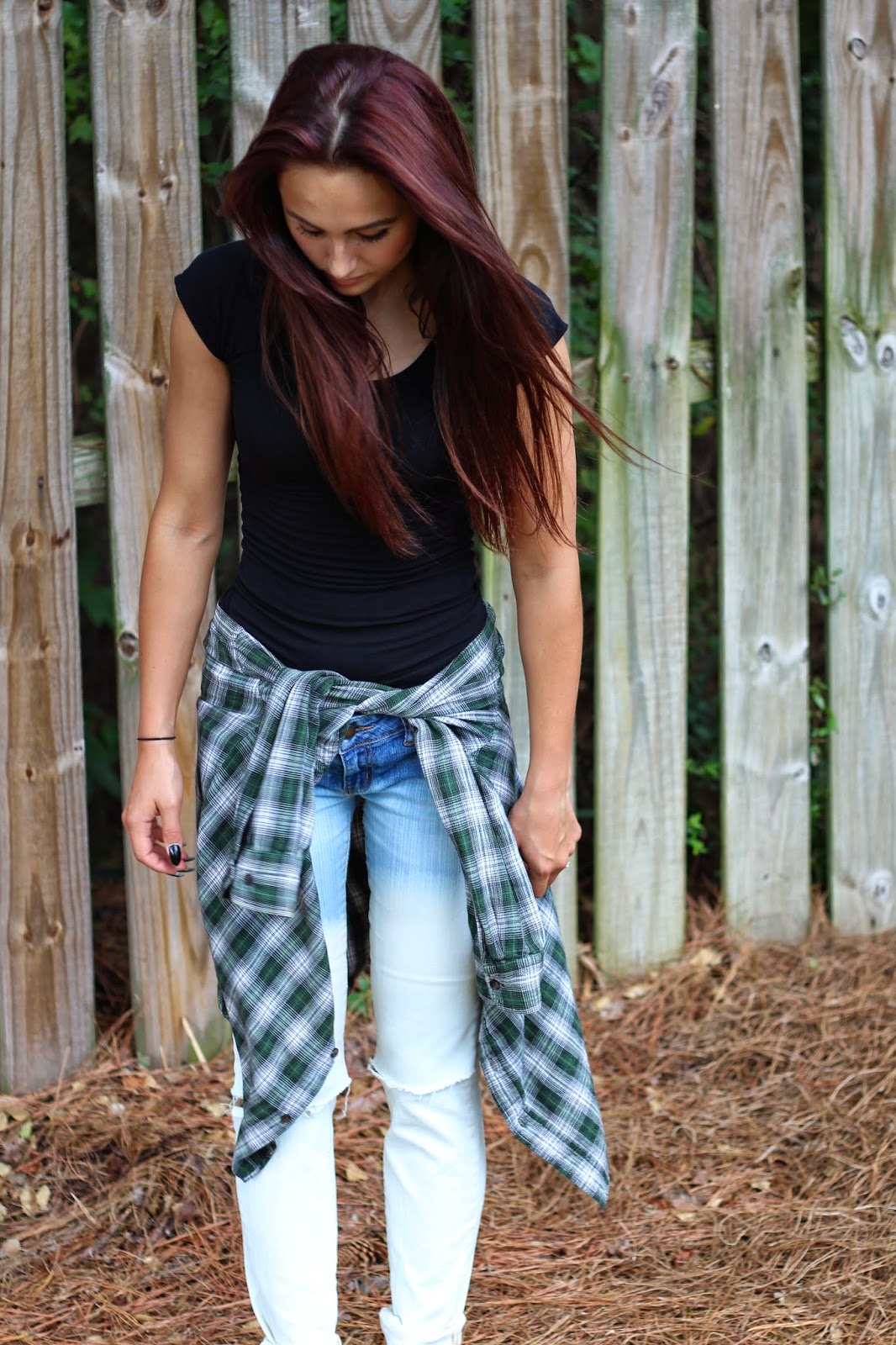 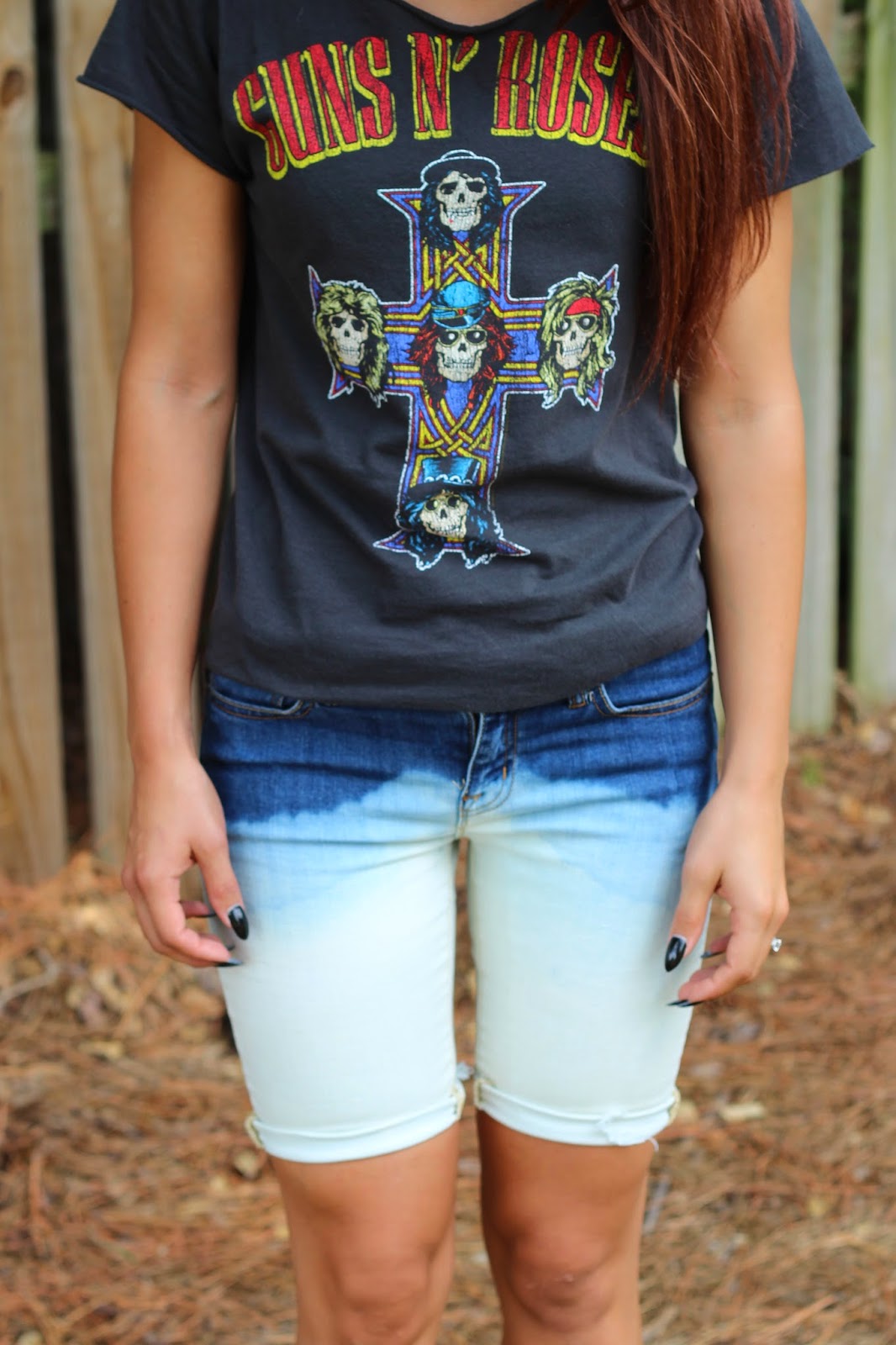 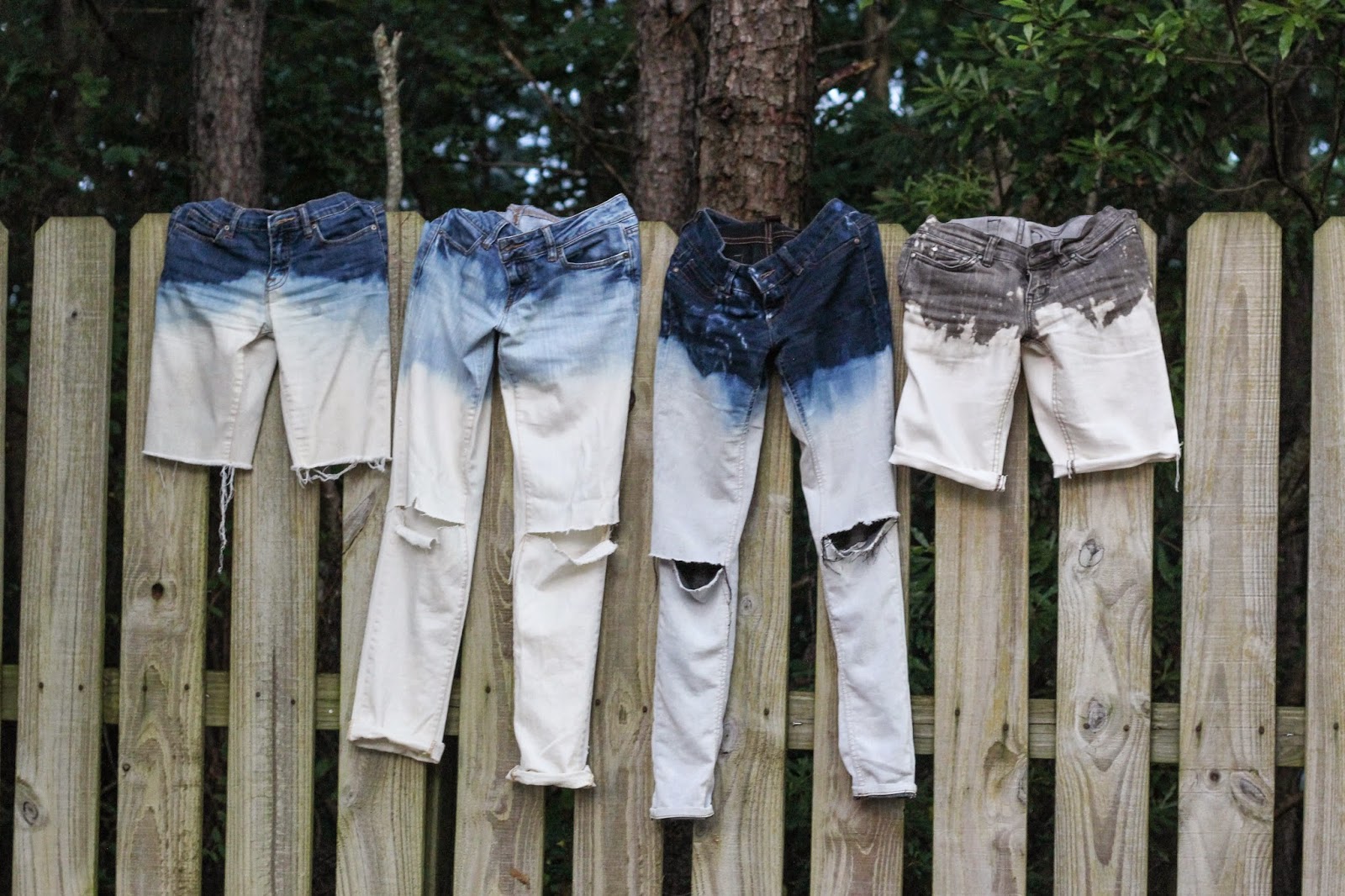 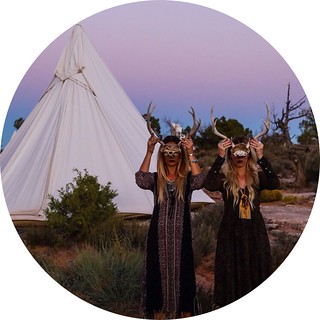 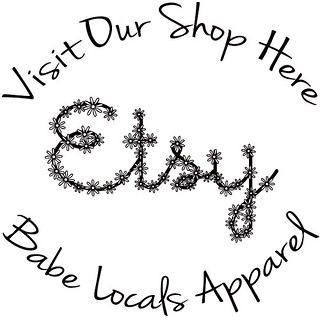